Last week several of our developers, including myself, were able to attend the 2016 Game Developers Conference. It was an excellent opportunity to promote the game and get feedback. Getting feedback from industry professionals and even some feedback from some unity representatives was extremely exiting.

Before the conference even started our art lead Emily Dillhunt was able to create a game during the train jam on the way to GDC. She even collaborated with developers from Campo Santo to make the game ‘Discharge’!

On Tuesday I was able to attend the ‘level design in a day’ workshop along with our lead designer Mitch Clayton. The workshop involved a series of talks that revolved around creating more intuitive, creative, and fun levels and puzzles. Later in the week some of our developers were able to visit the Unity offices where they were able to get some of that valuable feedback. 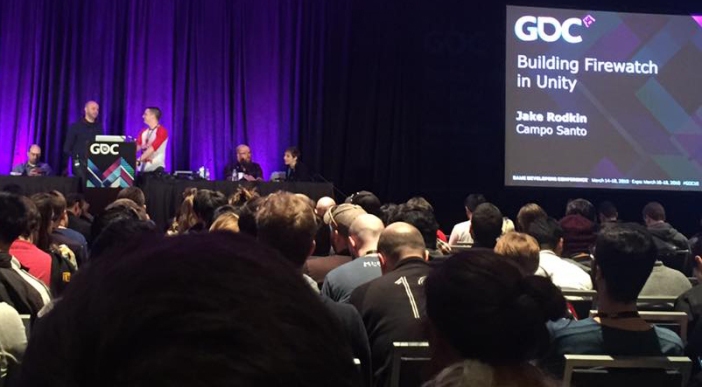 All of that, and it still only describes a slice of what we were able to get done at GDC. We were able to meet a lot of good people, do a lot of networking, as well as have a lot of fun. Most valuable of all, we were able to get a fresh perspective on our game. Beyond that we’re back from GDC and ready to get started on finishing the game!

Hello everyone, just here today to talk a bit about the environments in Everend and show a bit of our inspiration for our levels and how we’re going about making them.

So for the environments within the game we broke up each of the levels to encapsulate an area of the cave. In order we are intending to have a water area, forest area, darkness area, fire/lava area, and a temple area. Not only to give the player a sense of progression, but also to show a wide variety of cave environments. 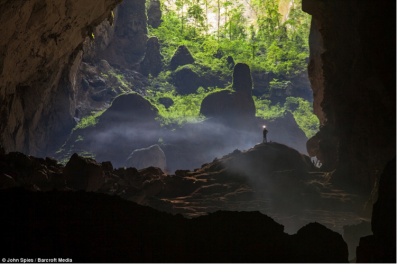 As stated in previous posts inspiration was taken from Crystal Caves in Spring Valley, Wisconsin. We have also taken inspiration from Hang Son Doong in Vietnam and Sintra Lake in Portugal.

In order to build out these environments we have taken the approach of creating and assembling the environments out of modular assets rather than build all of the levels from scratch, although several of the levels like the forest and temple levels will likely contain many assets unique to those locations. The modular approach gives much more flexibility with regards to level design and construction.

So the pipeline for environments is pretty straightforward. First, the concept artists give the area a cohesive theme and look. Level design and gameplay teams decide on puzzles and how the area will be put together. Then the area is blocked out in unity while the assets are created. Finally the assets, animations, and puzzle mechanics are plugged into the environments, leaving it mostly complete.

We really strive to make the game’s environments feel immersive, from what we’re doing with the sound, to lighting, to the simple yet accessible and relatable art style. I really want the player to feel like they’re down in that cave.